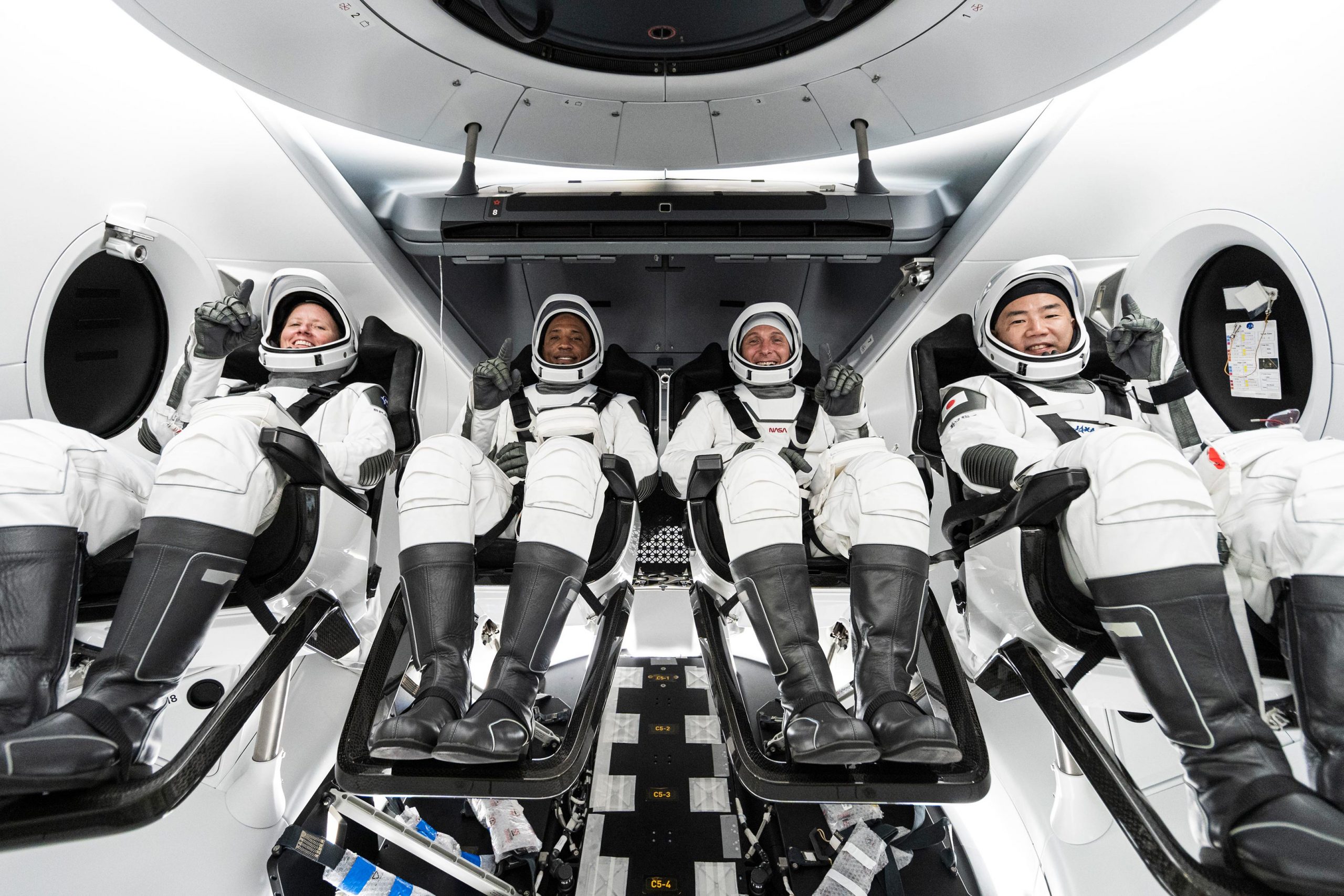 SpaceX Crew-1 Astronauts returned from space Sunday morning, parachute landing in the Gulf of Mexico, bringing four astronauts back from a world-record-breaking flight to the International Space Station.

The astronauts three Americans and one Japanese disembarked from the station at 8:35 p.m. ET Saturday, flew through the atmosphere, and landed in the Gulf of Mexico at 2:57 a.m. ET Sunday under four huge parachutes.

Moments after splashdown, SpaceX’s Mission Control radioed, “We welcome you back to planet Earth and thank you for flying SpaceX.”

“Those of you who are members of our frequent flyer program have accumulated 68 million miles on this trip.”

Col. Mike Hopkins, the spacecraft commander, said shortly after landing, “We’ll take those miles.” “Can they be transferred?”

NASA astronauts Hopkins, Victor Glover, and Shannon Walker, as well as Soichi Noguchi of Japan’s space agency, JAXA, were on board when the Crew Dragon spacecraft, called Resilience, launched in November. Since the Crew-2 flight arrived on the Endeavour spacecraft earlier this week, the undocking leaves seven astronauts on the ISS.

The astronauts’ 167-day stay aboard the ISS broke the previous record of 84 days set by Skylab astronauts in 1974.

Apollo 8, the first crewed flight to the moon, landed in the Pacific Ocean near Hawaii on Dec. 27, 1968, marking the end of the predawn splashdown period.

The astronauts’ safe return brings an end to NASA and SpaceX’s historic Crew-1 flight, which set a new record for the longest time in space by a crew launched on an American-built spacecraft (over 5 months).