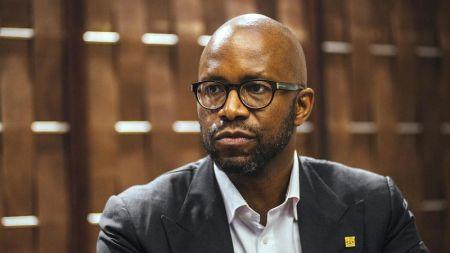 (Ecofin Agency) – The South African telecom group is considering opening up its mobile money arm to investors. Ralph Mupita (pictured), MTN Group’s CEO, announced the move on April 12 in an interview with Bloomberg.

He explained that at valuations similar to Airtel’s, MTN’s mobile money arm would be worth R75 billion, or about $5 billion. He stressed, however, that no decision has been made yet, but an IPO will be an option to consider if it proves to be the best approach to unlocking value.

MTN Group’s plan comes just weeks after Airtel Africa, one of its major competitors in the African market, opened its capital to TPG Holdings and MasterCard. The African arm of India’s Bharti Airtel Group managed to raise more than $300 million with these two operations.

Through the opening of its MoMo business capital, MTN Group sees a way to raise expansion funds. Competition is growing on the continent, especially in the connectivity and financial services segment. Strengthening its assets in this particular context will allow MTN Group to increase its financial strength and consolidate its position in the continent’s telecom markets.

1,300 Egyptian villages to soon be connected to optical fiber

Egypt to send two new satellites into space next year