CAR: Food prices jump up to 240% due to security crisis 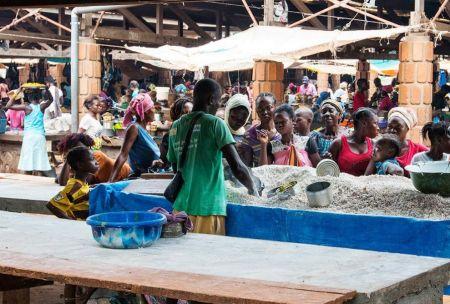 (Ecofin Agency) – The security crisis currently hitting the Central African Republic has caused food prices to rise. Data provided by the Central African Institute for Statistics, Economic, and Social Studies (ICASEES) show that the prices of basic imported food products jumped from 15% up to 240% during the first week of January 2021.

According to the “price monitoring bulletin,” the hike was observed in the prices of products such as milk powder, salt, sugar, and onions. The survey focused on the market of Bangui, Bimbp, and Begoua.

Moreover, the prices of local food items, including palm oil, cassava, and beef also increased by 16-44%. The situation is, according to authorities, mainly due to the blockage of the Douala-Bangui corridor; a road that plays a key role in import-export in CAR. Another reason is the disruption in the inter-regional supply following the escalation and the spread of armed conflict in the area.

Since December 18, 2020, the Coalition of Patriots for Change (CPC) – composed mainly of the Central African Patriotic Movement (MPC), the Return, Reclamation, Rehabilitation (3R), and anti-Balaka militias – which already controls nearly two-thirds of the Central African territory, launched an offensive towards Bangui. The coalition is challenging the re-election of President Faustin-Archange Touadéra and has engaged in fighting with the government and UN troops for control of the country.

The World Bank said the impact this security crisis has on food prices is much faster and harsher than that of the Covid-19 pandemic which was detected in the country in July 2020.

In the Central African Republic, it is estimated that 70% of the population lives below the poverty line.

Algeria: Banks have until June 30 to raise their capital to $150mln

Proparco to guarantee loans to African companies active in the cultural and creative sectors, a first of its kind